I am back from my GenCon trip, but feeling as though I am hovering somewhere over the mid-Atlantic as my jetlag eases.

I took as much of my original art with me as my cases and weight allowance permitted. Whilst this excluded some of my larger pieces I was still very happy with my display. I even managed to leave some space so that I could peek out. 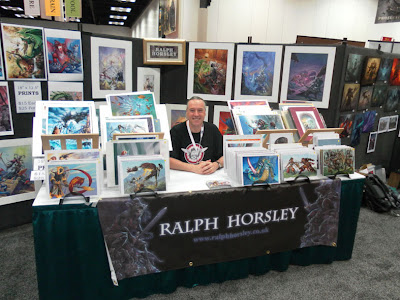 The artshow was in the centre of the exhibit hall this year, which was great for feeling fully included, and allowing more casual browsing. The show spread across several aisles, and I had some great neighbours on mine; Chris Rahn one side, Christopher Burdett the other and facing Dan Scott. 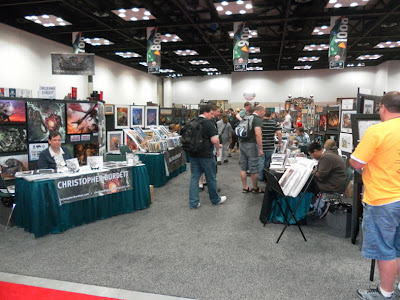 There was some great art on display throughout the show, and I made sure I took advantage of being an exhibitor by going into the hall every day before it opened to the public so that I could browse properly. GenCon has over 30,00 attendees and it can be hard to grasp the overall scale of the convention centre, even this troll standing sentinel barely demonstrates the length of just one corridor. 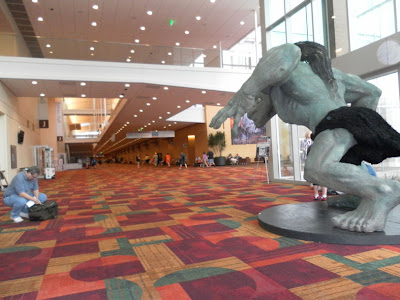 Wandering the halls and corridors invariably threw up surprises, be it belly dancers, a steampunk band, or much abused/sculpted cards. 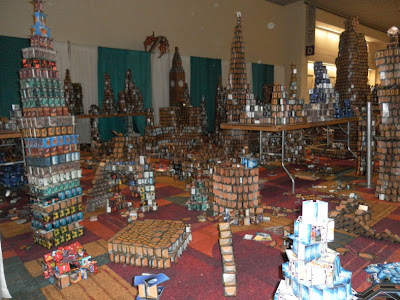 These were all finally trashed by coin throwing, with the latter being collected up for charity.
The last time I attended GenCon was 2008 and it was gratifying how many people sought me out again, having met me in previous years; more so when they ended up adding more of my art to their collection, bought further white-backs, or just asked for a sketch.
I was especially amused when this sketchbook appeared again: 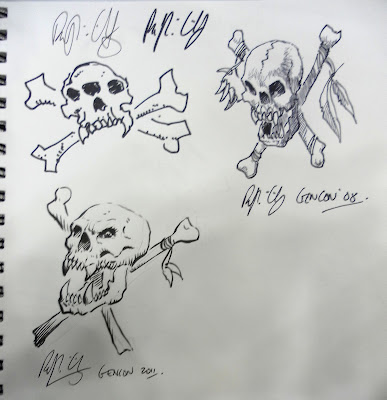 This sums up my own GenCon attendance - though sadly I notice in 2006 I only autographed the page, at least I have made up for that since, albeit only with a simple image.
Incidentally the latest iteration was created with a brush pen I borrowed from Christopher Burdett (who was very generous in supply different implements throughout the show - thanks), and I was won over by it. Great flow, sensitivity and solid black!
Some sketches get  a little more time spent on them, for instance I had good fun with this beholder: 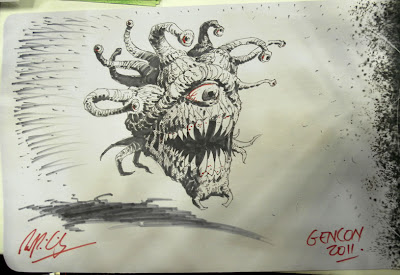 Thanks to everyone that stopped by. Meeting the folks who play the games that my art is intended for is great. I work in the bubble of my studio and email communication with an AD such that getting out to shows like this make a lot of difference. I am also very happy that quite a number of paintings have escaped the confines of my cupboard and are roaming the world.
Other people that come by and lighten the show are the Cosplayers and costume wearers. 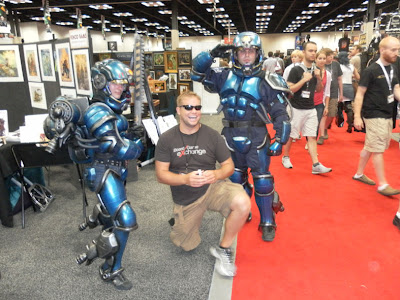 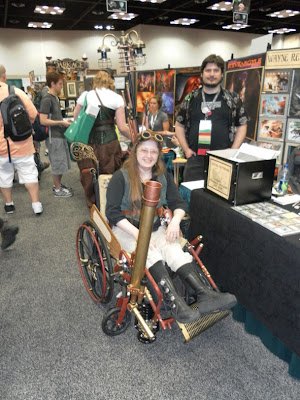 Indeed sometimes there were more of them than the rest of us. 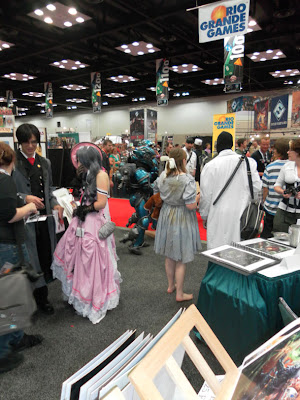 However the best artistic complement was the one paid to Wayne Reynolds when a woman turned up dressed as one of the iconics he painted for Pathfinder. 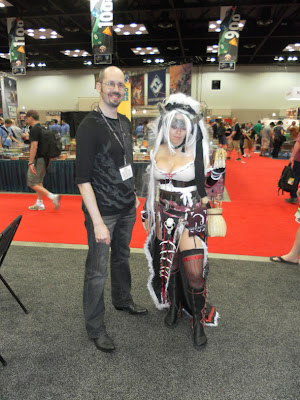 I had a very enjoyable time in Indianapolis, not just in the show, but socialising with other artists in the evening. However I was grateful not to have to step outside very often as the city was experiencing a heatwave, the like of which it hadn't seen since 1936.  I melted in the 90F+/35C+ humid heat, and was appreciative of the a/c everywhere.
I also had the pleasure of staying in the most interesting of hotels - it had previously been a train station. This certainly meant it diverged from the standard box format of so many modern hotels, instead cast iron beams sprouted from walls and ceilings. 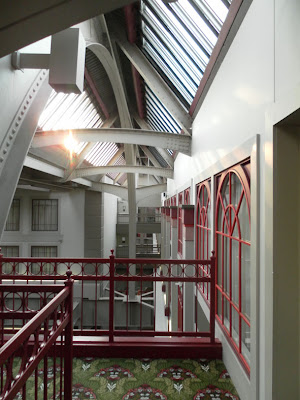 and pullman carraiges doubled as bedrooms, as can be seen behind Franz & Imelda Vohwinkel. 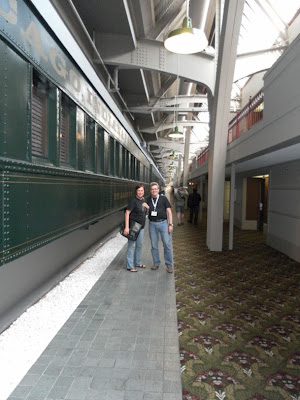 I now look forward to my next US trip to Illuxcon, and hope I can make GenCon again next year.
Posted by Ralph Horsley at 19:05