I have just set up a fan page on Facebook. I hope some of you will stop by there and take a look.

My Facebook fan page.
Posted by Ralph Horsley at 12:26 No comments: 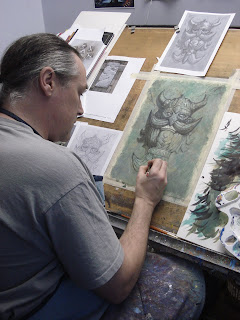 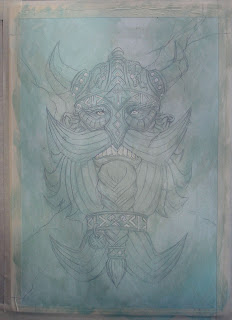 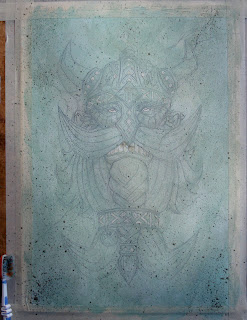 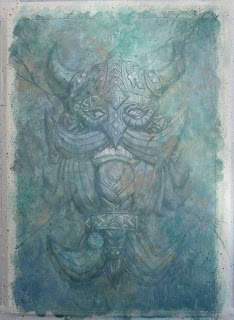 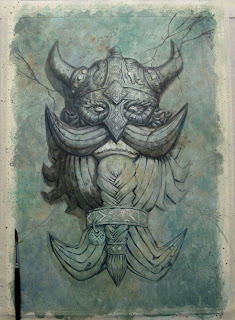 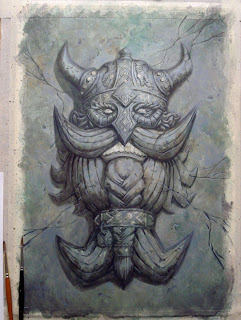 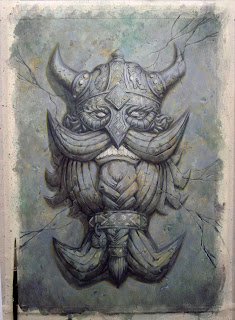 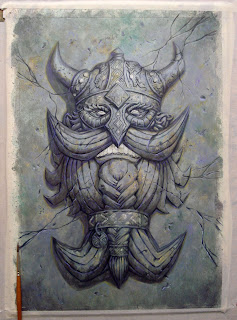 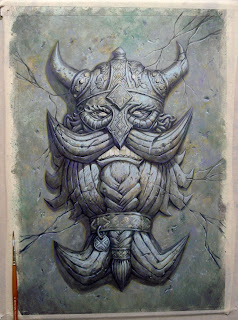 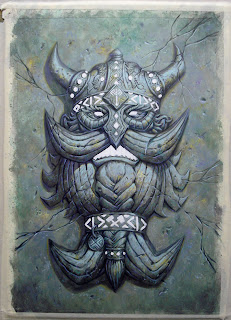 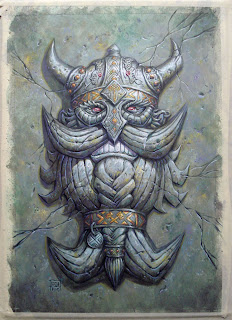 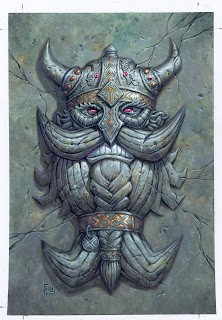 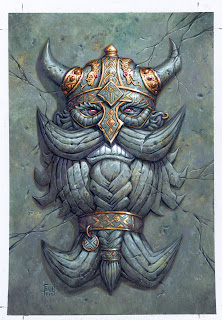 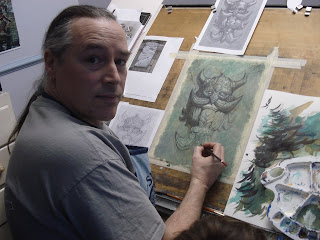 The sequel to the best-selling Fantasy Art Now, this volume catches up with some of the most talented and inspiring artists from around the world. Showcasing the latest, cutting-edge fantasy artwork and design, this book also provides insights from the artists into how their work is created. A stunning showcase of images from leading fantasy artists, this essential collection is a must have whether you are a fantasy artist, or simply a fan of the genre.

I was very happy to have several pieces of art included in the volume, and it is available via their web site

or any major book seller, including Amazon.
Posted by Ralph Horsley at 09:44 2 comments:

World of Warcraft: A Selection.

I have begun to make some progress towards updating the 'cards' section of my website.  Part of the process has been to check which images are now in print, and that I can share publically.

Doing so can be an enjoyable journey as it takes me back through my body of work. Always a useful exercise, as it helps contextualise my work for me, and (hopefully) reveals a sense of progression.

Here is a selection of World of Warcraft cards that I unearthed: 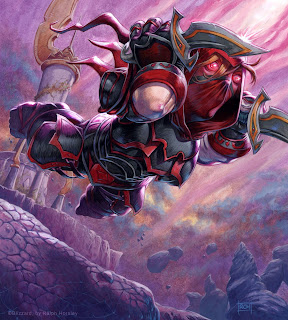 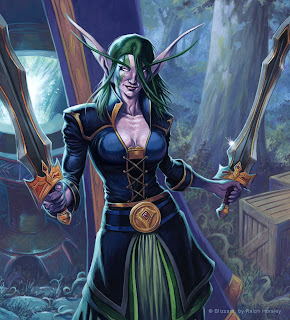 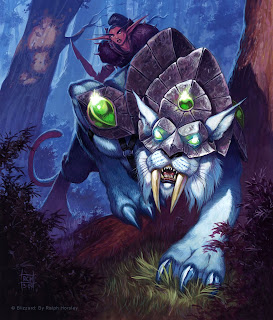 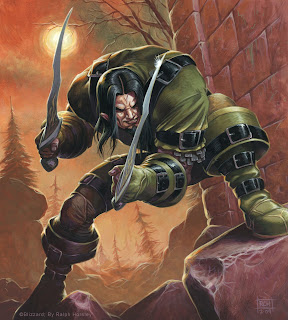 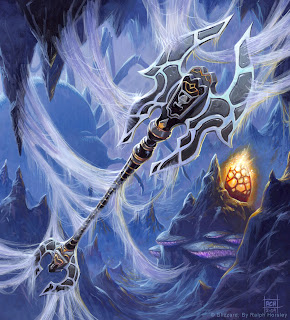 Life-Staff of the Web Lair

Monk in the Underdark

The Underdark has been getting a lot of coverage over at the Wizards website recently, what with the new supplement imminent, and other supporting artwork appearing in accompanying publications. I am happy to say that I have contributed to the wave of Underdark artwork that is appearing.

I created a chapter start, double-page spread, for the Players Handbook 3: 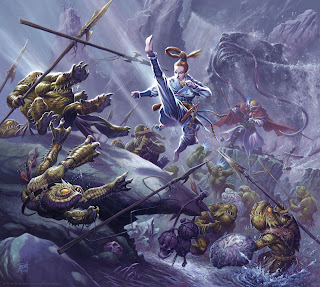 I always enjoy fight scenes with multiple figures, so I relished the chance of showing this Monk so effortlessly taking on the Kuo-Toa. Though typically I like to throw in a cliffhanger moment, and I think the Aboleth rearing over the Psionic in the background qualifies as such...

The slanting light obviously helps with providing focus on the key figures, but I also tried to employ contrast between the saturation levels of the figures and their environment.

Details of the PHB3 can be found here

No doubt spurred on by entering a New Year, and I hope it's a good one for all of you, I have been updating my website.

has a lot of new work, including several covers for Dungeons & Dragons, amongst which are visits to the Dark Sun setting and infamous Tomb of Horrors.

now includes a good number of double page 'chapter starts' for Dungeons & Dragons. These large illustrations have really allowed me to splash out on some epic pieces, and been great fun to do.

I am looking forward to updating the Cards section next and being able to reveal lots more goodies, for all galleries, which are still hidden under NDA's.
Posted by Ralph Horsley at 10:51 2 comments:

I had the enjoyable experience of participating in the latest Ninja Mountain podcast. It was my first time being involved with the critique format; a number of artists submitted their work for us to cast our critical eyes over, and give some sort of feedback.

The range of images varied greatly stylistically, media and content-wise. I believe this led to an interesting discussion, probably also highlighting our own predelictions and interests as artists.

Here's where you can find the podcast: 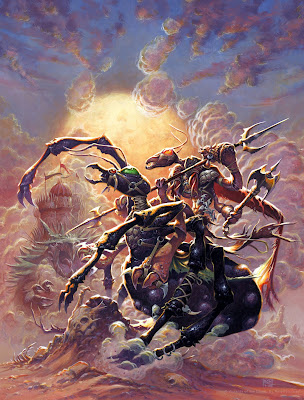 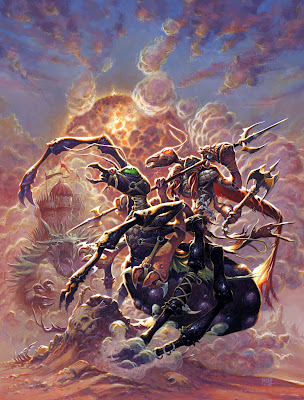