Talisman: Building a City, Part I


The process of creating a painting involves several stages, each of which needs to be successfully completed before progressing. This is doubly true with a commission that will not just have aesthetic, but also product based considerations.

I was very happy to work on the cover for latest Talisman release - The City expansion. As with my previous cover paintings Felicia Cano had already created the card illustrations of the diverse adventuring types who populate the Talisman game world, I just needed to meld them together into a cohesive image unified by their opposition to a monstrous opponent. for 'The City' that would be a water elemental.

I was given a blank canvas for the elemental., and after a series of thumbnail designs I found myself favouring a form that embraced elements from an oriental dragon and a breaking wave. 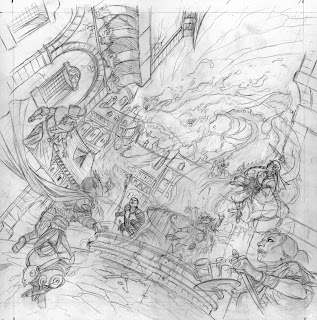 However, as I suspected, that was a little too 'out there', and I revisted the elemental, playing up the Dragon aspect. I liked the interaction with the characters, and transformed the pseudopods into  clawed hands that grapsed the Houri.﻿ 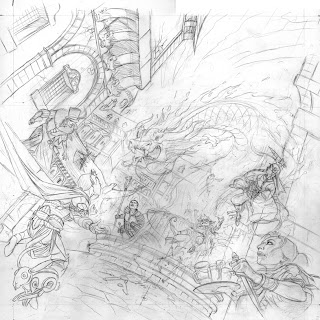 Additionally I set the line sketch within a basic graphics template. I always find that this helps myself, and the Art Director, see how the composition will work on the printed cover. 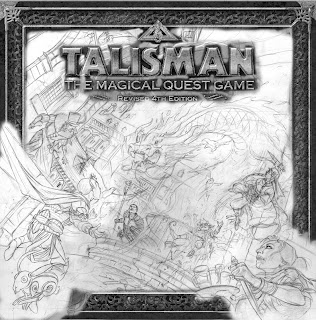 Unfortunately this was still seen to not quite be there yet. At this point it seemed sensible to take a step back, and present a set of coneptual ideas to the AD before reworking the sketch again. I had already created a value study for msyelf, and used that as a base template against which I created the following digital studies. 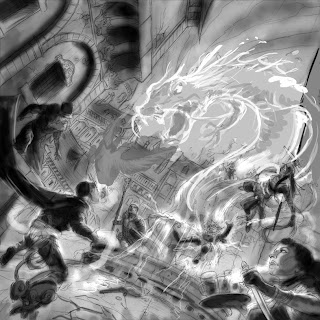 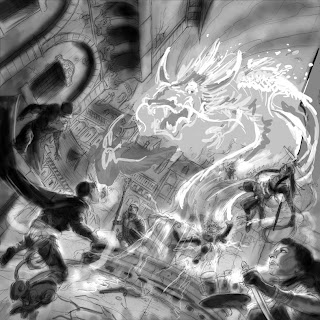 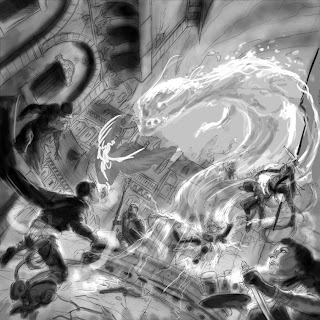 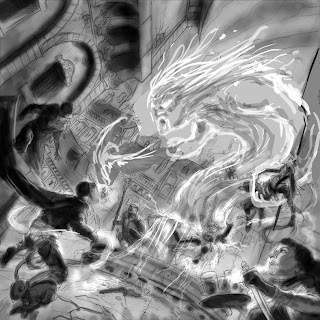 In the end it was a more humanoid form, with a skeletal visage, that won the day
and so a fresh sketch was created. 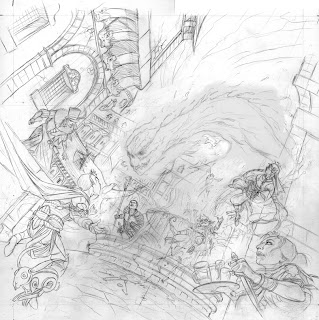 The first stage was now complete, now I just needed to paint it.
In Part II I'll be looking at that process.