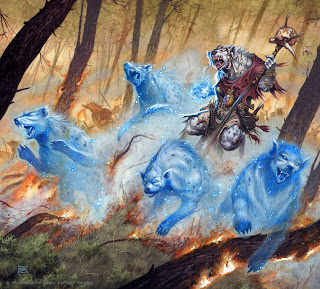 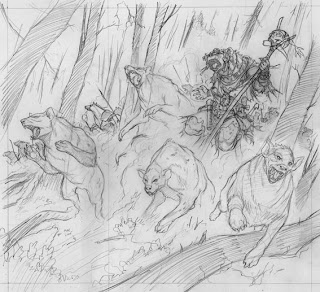 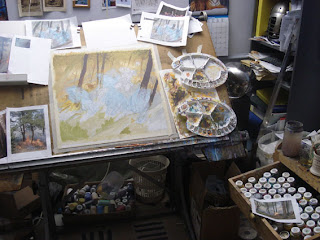 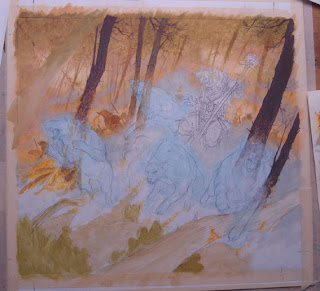 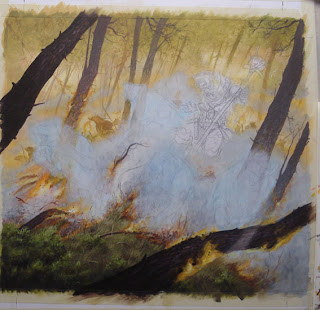 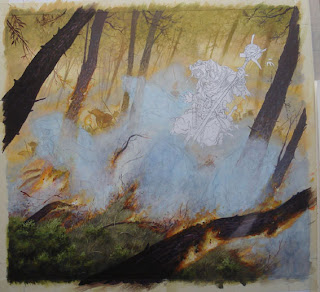 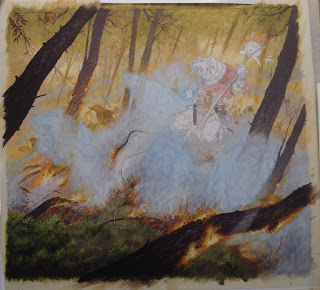 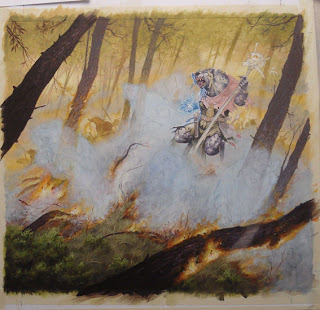 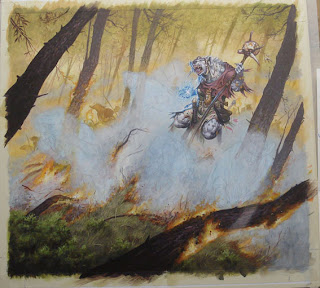 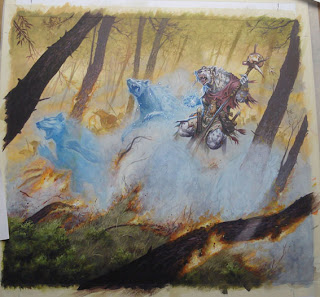 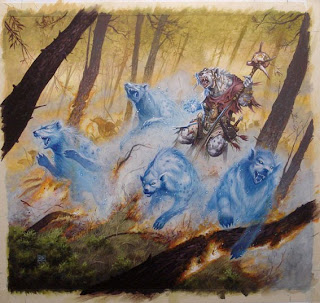 The End
The Hyena spirit on the bottom left demonstrates that final revisit across the painting. The blue has been tweaked and the value range extended both ways, lighter and darker.
This is true of the whole painting. A last pass across the whole painting is very important. I don't want to create a disjointed piecemeal painting, and it can be too easy to focus on individual elemenst whilst neglecting the whole.
Of course this is not truly the end. I now needed to scan the image, make colour corrections, then decided any digital tweaks. In this case I upped the saturation on the Spirits and dodged some highlights to get some more intensity into them.
Posted by Ralph Horsley at 12:30